You are here: Home / Floorplans / Why So Many 3 Bedrooms Selling in Fusion Lately?

Since the original development in Fusion South Bay, 3 bedroom homes have always been rare to the market.  Usually there are only a few 3 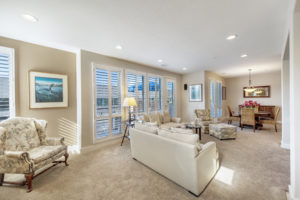 bedrooms that sell during the year due primarily to the lower numbers of larger units.  Most of the units in Fusion are two bedrooms with each building having a very limited number of three bedroom homes.  For some reason in the later parts of 2018 and early 2019 3 bedrooms seem to be the norm…not the exception.  The last 2 homes that have sold in Fusion have been “J” floorplans with all 3 bedrooms on one level.  Of the last 8 sales in Fusion 4 were larger 3 bedrooms….that’s just unheard of in the past 5 years.